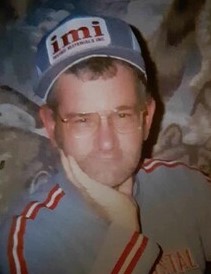 George Dana Brooks, age 62, lifelong Shawneetown resident passed on this life, October 15, 2021 in Carbondale Memorial Hospital.  George or Pooh Bear as most knew him was born on June 24, 1959 to the late George Thomas and Ailene (Seely) Brooks.  He was married to Linda (Corbett) who survives.

He worked almost his whole life for HJ Logsdon farms near Shawneetown as a farmhand.  He called the Logsdon family and fellow workers his second family.  He really enjoyed his time on the farm.  He enjoyed working on old cars and trucks and really enjoyed Naps.  He will be missed by many.

Visitation for George Dana Brooks will be Sunday, October 17, 2021 at the Cox & Son Funeral Home in Shawneetown from 11:00 AM to 1:00 PM His funeral service will immediately follow at 1:00 PM at the funeral home with Jason Brazier officiating.  His interment will be private.

To order memorial trees or send flowers to the family in memory of George Brooks, please visit our flower store.