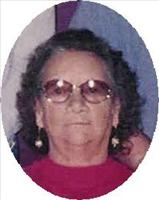 Alberta ""Bert"" Davis Tanner, age 87 of Ridgway passed away peacefully Thursday morning, December 18, 2008, at the Ridgway Manor Nursing Home in Ridgway. Bert as most knew her was born in Ridgway on September 19, 1921 to the late Alex and Elmira (Partain) Dennison. She worked for many different people through the years cleaning homes and businesses. She was a homemaker and mother first though. She had been a member of the Scott St. Baptist Church in Eldorado for many years where she was very active.

To order memorial trees or send flowers to the family in memory of Alberta ""Bert"" Tanner, please visit our flower store.