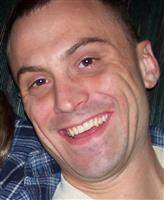 Andrew J. ""Andy"" Fillingim, age 33 of Evansville, IN, but formerly of Ridgway, Il died Saturday, December 7, 2013 at his home. Andy as most knew him was born in Evansville on July 8, 1980 the son of Larry and Jill (Baker) Fillingim. He served his country in the U.S. Navy and loved to play music especially with a guitar and harmonica. Andy was a kind soul will be missed by his family friends.

In lieu of flowers the family ask donations be made to the Leukemia Foundation and envelopes will be available at the funeral home.


To order memorial trees or send flowers to the family in memory of Andrew Andy Fillingim, please visit our flower store.