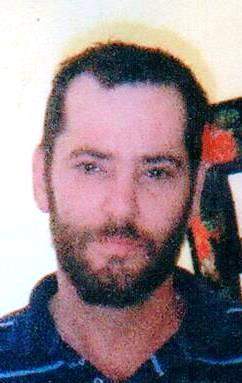 Anthony M. “Tony” Dunk, age 47, lifelong resident of Shawneetown died at the home of his mother on Wednesday, February 08, 2017.  He died peacefully after an extended illness.  Tony as most knew him, was born in Eldorado, IL on February 17, 1969 to Rick Dunk and Betty (Mitchell) Kinnard.

Tony spent most of his childhood with his brothers at their grandparents house (The Host House) Ann and  Harold Mitchell in Shawneetown.  He worked for many years at Thorntons in Kentucky before becoming a Coal Miner.  Tony loved the outdoors, especially fishing and boating on the River.  He will always be remembered of his contagious smile and loving his family.

Funeral for Tony will be on Saturday, February 11, 2017 at the Cox & Son Funeral Home in Shawneetown at 1:00 PM.  The family will receive friends from 11:00 AM until funeral time at the funeral home.  Rev. Scott Pilkington will officiate and burial will follow in the Lindale Cemetery in Eldorado next to his brother.

To order memorial trees or send flowers to the family in memory of Anthony M. "Tony" Dunk, please visit our flower store.