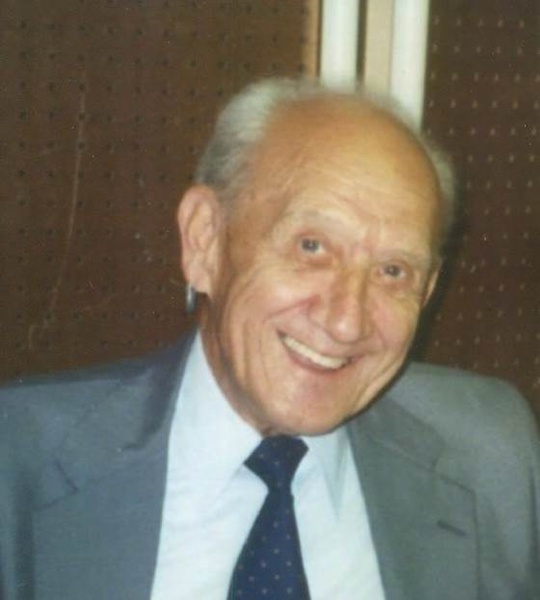 August Albert Drufke, age 98,  passed away January 7, 2019 at The Sunrise Senior Living Facility  in Louisville, Kentucky.  August was born on March 28,1920 in Chicago, Illinois to the late Anton and Josephine Drufke.

Serving early morning daily mass as an altar boy
Feeding the family with his  paper boy earnings during the depression
An enduring pride in his High School, Lane Technical
Serving with the Army Air Corp 319th B26 Bombardment Group - WW2 North African Campaign
Over 40 years in Marketing with American Steel Foundries
Volunteering as Louisville’s SCORE (Service Corps Of Retired Executives) Regional Director
A tortured allegiance to the Chicago Bears

August is also survived by Bonnie Staples (Jerry) who has been a devoted and caring dear family friend for many years.

The Drufke Family would like to recognize and thank Hosparus and Sunrise Senior Living facility  for their care.

Cox & Son Funeral Home in Ridgway is entrusted with his arrangements,  you can send a note of comfort to the family at www.coxandson.com.

To order memorial trees or send flowers to the family in memory of August Drufke, please visit our flower store.