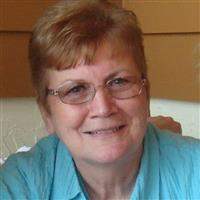 Barbara A. Bosaw, age 69, of Shawneetown, IL died peacefully on Thursday, December 5, 2013 in Harrisburg Medical Center surrounded by her family. Barb as most called her was born on May 31, 1944 to the late George & Leda (Mobley) Golden on the family farm in Shawneetown. On September 8, 1962 she married the love of her life, Kenny Bosaw who preceded her in death in September of this year. She was a faithful member of the Shawneetown Presbyterian Church. Barb was the owner of a Video and Package store in Ridgway for many years before retiring. She was a very kind soul, who always had a good word and a wonderful smile for you when you saw her. Even in her illness her positive and upbeat attitude always shined through. She loved to travel, socialize with her friends, but mostly loved to be with her children and grandchildren. She was a wonderful wife, mother, sister, grandmother and friend. She will be missed.

Visitation for Barbara will be on Sunday, December 8, 2013 at the Cox & Son Funeral Home in Ridgway from 4:00 PM to 7:00 PM. Her funeral will be on Monday, December 9, 2013 at 11:00 AM at the funeral home. Rev. Wade Halva will officiate and interment will follow at Union Ridge Cemetery.

In lieu of flowers the family ask donations be made to the MS Foundation. Envelopes will be available at the funeral home.


To order memorial trees or send flowers to the family in memory of Barbara A. Bosaw, please visit our flower store.