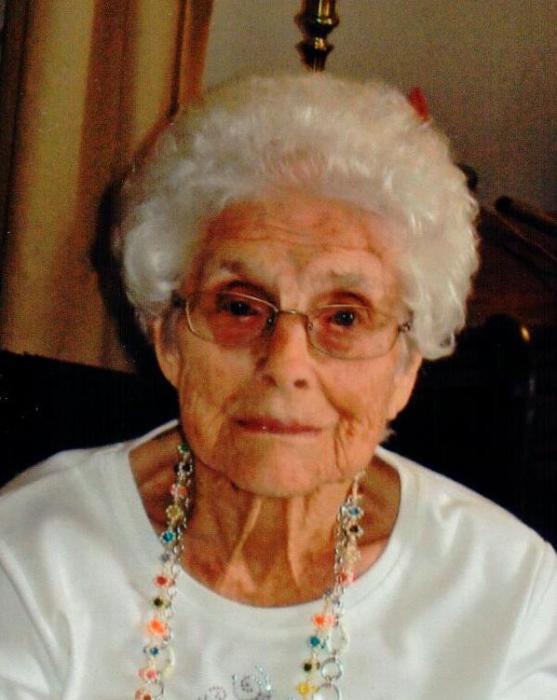 Beulah I. Patton, age 99 one of Gallatin Counties oldest residents, passed on this life on Sunday, December 11, 2016 in the Ridgway Rehab and Nursing Center.  Beulah was born in Junction, IL on March 4, 1917 to the late Joseph and Kathryn (Dutton) Wiltshire.   On March 9, 1935 she married Robert Patton who preceded her in death in 2002.  Beulah was a very hard working, dedicated and wonderful wife, mother and grandmother.  She loved to be outside tending to her yard and garden.  She loved to can, listen to Cardinal ballgames and take care of her family.   She was a good Christian woman attending Pisgah General Baptist Church where she was very active in the monthly bible class social.  She had been President of the Leavell Hill Cemetery next to her home.  Beulah will be so fondly remembered and missed.

Visitation for Beulah will be on Wednesday, December 14, 2016 at the Cox & Son Funeral Home in Ridgway from 11:00 AM to 1:00 PM.  Her funeral service will immediately follow at the funeral home at 1:00 PM with Rev. Steve Hunt officiating.   Her burial will follow in the Leavell Hill Cemetery near Junction, IL.

Memorial contributions to the cemetery can be made to the Leavell Hill Cemetery in her memory.   Envelopes will be available at the funeral home.

To order memorial trees or send flowers to the family in memory of Beulah I. Patton, please visit our flower store.
Send a Sympathy Card