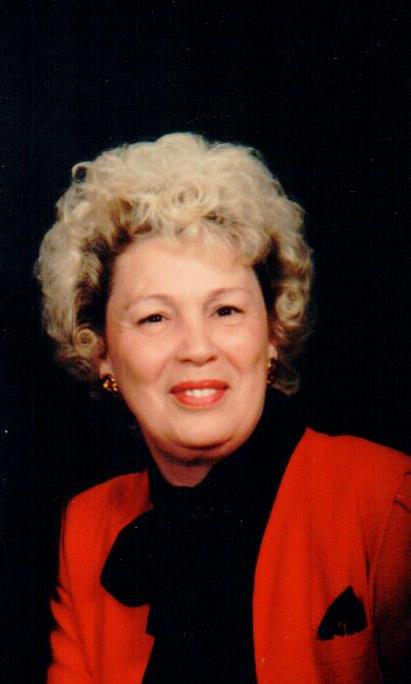 Billie Louise Kimbro, age 83 longtime Ridgway resident, passed on this life, July 30, 2018 in the Harrisburg Medical Center.  Billie was born near Shawneetown on November 19, 1934 to the late Floyd & Mildred (Hise) Thomas.  On November 17, 1956 she married the love of her life, Donnie Kimbro who preceded her in 2014.

Billie served as the Coordinator for the Gallatin County Golden Circle in Ridgway was very instrumental in helping raise money for the recent expansion.  Billie was always a worker, in her earlier years she worked for Honeywell Electronics and was involved in many modules  utilized in the NASA space program including the Apollo and Titan when they lived in Florida.  She had also been a Dental Assistant, and worked for the U.S. Census.  She owned and operated Billie’s Fashions in Ridgway for a number of years.  She was involved in civic organizations also, including the Ridgway Women’s Club, Gallatin County Tourism and Gallatin County Homemakers.  She was a faithful member of the Ridgway Methodist Church.  Billie was a wonderful and loving wife, mother, grandmother and friend and will be missed by many.

Billie is survived by 2 daughters, Linda (Danny) Butler of Harrisburg, Phyllis (Danny) Mace of Shawneetown, and a son, Charles Parrish of Tampa, FL.  Grandchildren, Austin Tuff Butler, Danielle Gribble and Courtney Mace.  Great Grandchildren, Taylor Boone and Mace Gribble.  A brother, George Clayton and several Nieces and Nephews.  She was preceded in death by her parents, husband, and a sister Thelma Conn and a grandson, Daniel Mace.

Visitation for Billie will be on Friday, August 3, 2018 at the Cox & Son Funeral Home in Ridgway from 12 noon to 2:00 PM.  Her funeral will immediately follow with Rev. Dan Masters and Rev. Thad Galloway officiating.  She will be laid to rest in the Campground Cemetery near Ridgway next to her husband.

Memorial contributions in her memory can be made to the Golden Circle or the Ridgway Methodist church in her memory.

To order memorial trees or send flowers to the family in memory of Billie Kimbro, please visit our flower store.