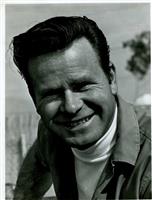 Billy Lawrence Golden, 81 of Kensett, Arkansas was born to Thad and Mary Mae (Fields) Golden in New Haven Township, Illinois on December 31, 1933 and passed away on September 14, 2015 in North Little Rock.

He served in the United States Marines. He loved fishing. Bill also known as Maverick was a world known race car driver with his famous ""Little Red Wagon"" in which he held many world records. He is in the Drag Racing Hall of Fame.

He is preceded in death by his parents, and a brother, Charles Golden.

Visitation will be on Sunday, September 20, 2015 from 1:00 PM to 3:00 PM at Cox and Son Funeral Home in Shawneetown, Illinois. His funeral service will immediately follow at 3:00 PM. Interment will follow in Westwood Cemetery with military rites.

To order memorial trees or send flowers to the family in memory of Billy L Golden, please visit our flower store.