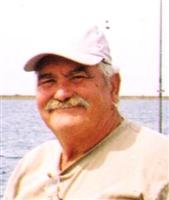 Bobby L Batteese, age 70 of Old Shawneetown died peacefully at his home on Saturday, July 28, 2012 after an extended illness. Bobby was born in Old Shawneetown on August 27, 1941 to the late Henry and Velma (Batteese) McGhee. He served his country in the Army, graduated from Shawneetown High School. He married the former Patricia Cotter in 1966 and she survives. He was retired from custodian work. Bobby love to hunt, fish, be around his family and will be greatly missed. He was a good husband, father, brother and grandfather.

Per Bobby's wishes, cremation will be accorded and private family services will be held at a later date.

Cox & Son Funeral Home in Shawneetown is entrusted with the arrangements.


To order memorial trees or send flowers to the family in memory of Bobby L. Batteese, please visit our flower store.
Send a Sympathy Card