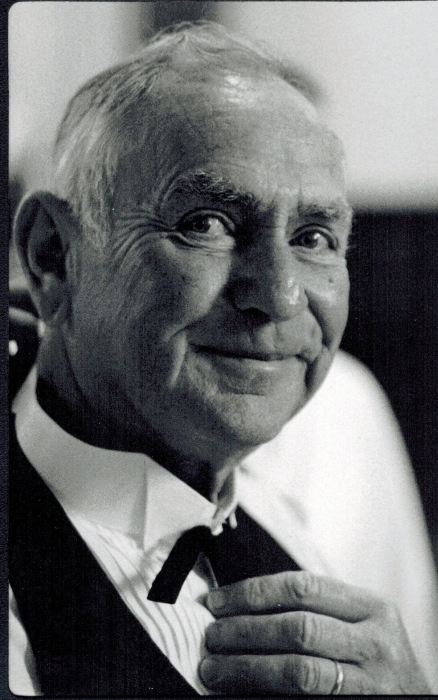 Burt served his country in the U.S. Army from 1957 to 1963.   He was a member of St. Kateri Catholic Church (formerly St. Joseph), L.A. Lambert Council Knights of Columbus, charter member of the Fourth Degree Knights of Columbus, was a licensed plumber (City of Chicago) for 62 years, Plumbers & Pipefitters Local #551, American Legion Post #596, former employee of Sahara Coal Company, and worked in the Maintenance Department of Martin & Bayley (Huck’s) for 24 years proudly until May 2018.

Spending time with his four grandkids was one of Burt’s favorite pastimes.  He loved making memories and sharing stories with his family and friends, gardening and growing the world’s best tomatoes, solving plumbing problems for anyone in need of his services, sharing his sense of humor freely with all he met, watching western movies, the Cardinals and other sports on TV, and keeping his trucks sparkling clean.   After his beloved St. Joseph Church was leveled by the Leap Day tornado of 2012, Burt was very honored to be the plumbing contractor when the new St. Kateri Catholic Church was constructed in 2015.

Services:  A Mass of Christian burial will be held at St. Kateri Catholic Church at 11:00 AM on Saturday, June 30, with Fr. Steven Beatty and Msgr. Joe Lawler officiating, followed by burial with military honors at St. Joseph’s Cemetery in Ridgway.

Cox & Son Funeral Home in Ridgway is entrusted with arrangements where you can leave a note of comfort to the family at www.coxandson.com

To order memorial trees or send flowers to the family in memory of Burtis Naas, please visit our flower store.