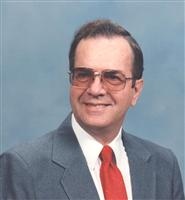 Carl L. Abell, age 74 lifelong resident of Ridgway, died on April 3, 2011 in Evansville, IN after an extended illness. Carl was born at the family farm house on October 13, 1936 to the late Edward Abell and Catherine (Berkel) Abell. Carl married the love of his life, Betty (Atkinson) Abell on June 12, 1958. He worked at B&W for 14 years in Mt. Vernon, IN, tended to the family farm and in later years became the Chief Deputy Sheriff in Gallatin County for 9 years before getting hurt on the job and retired. He was a faithful member of the St. Joseph Catholic Church in Ridgway. He was a very faithful Knights of Columbus member of the L.A. Lambert Council # 1581 in Ridgway where he was a Fourth degree member. He was past Grand Knight and Faithful Navigator. He loved to follow high school basketball where he rarely missed a game and also followed the St. Louis Cardinals. Carl was a good father, husband, grandfather and friend and will be missed by our community. Carl is survived by his wife, Betty of Ridgway, along with a daughter, Debbie Keller of Evansville, In and a son, Jason Abell of Ridgway. He is also survived by 2 grandsons, Tyler Abell and Christopher Keller. Visitation for Carl will be on Wednesday, April 6, 2011, at the Cox & Son Funeral home in Ridgway, from 5:00 PM to 8:00 PM, a prayer service will be said at 7:00 PM followed by the Knights of Columbus Chalice Service. Funeral mass for Carl will be on Thursday, April 7, 2011 at 10:00 AM at the St. Joseph Catholic Church in Ridgway with Fr. Steven Beatty as Celebrant. Interment will follow in the St. Joseph Catholic Cemetery near Equality. In lieu of flowers you may make a contribution to the St. Joseph Church in his memory.

To order memorial trees or send flowers to the family in memory of Carl L. Abell, please visit our flower store.