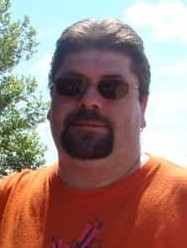 Charles Baker II, age 48, of Junction, IL passed on this life, January 27, 2021, in the Gallatin Manor after an extended illness.  Charles was born in Sumpter, SC on January 15, 1973, to Charles Baker and Carla (Ulrich) Bockover.

Charles served his country in the US Army stationed in Panama.  He was an avid computer buff, loved haunted houses, and had a good soul.  He was a Worthy Mason and a member of the American Legion.  He will be missed

Service for Charles will be private.

Memorial contributions can be made to the Masonoc Lodge in his memory.  You can also leave a note of comfort to the family at www.coxandson.com

To order memorial trees or send flowers to the family in memory of Charles Baker, II, please visit our flower store.