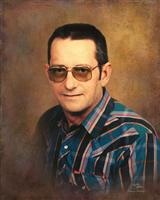 Charles D. ""Doug"" Bond, age 66 longtime resident of Ridgway died Monday, August 24, 2009 at his home surrounded by his family. Doug as most knew him was born in Ridgway, on September 30, 1942 to the late Otha & Lorene(Clark) Bond. On November 15, 1962 he was married to the former Helen (Klaffer) Bond who survives.
Doug worked for many years before retiring at Bond Lumber Co. which was owned by his family. He truly loved his work and being with his family each day working. Doug was an avid card player and truly loved to be with his wife, children and grandchildren.
Doug was a good husband, father, brother, grandfather, uncle and friend. He will be greatly missed in the community.

Visitation for Doug will be Friday, August 28, 2009 from 4 to 8 PM at the Cox and Son Funeral Home in Ridgway and his Funeral will be on Saturday, August 29, 2009 at 10 AM. The service will be officiated by Jean Will and Interment will be in Crawford Campground Cemetery near Ridgway.

In lieu of flowers memorial contributions can be made to the St. Joseph Catholic Church in Ridgway.


To order memorial trees or send flowers to the family in memory of Charles D. ""Doug"" Bond, please visit our flower store.