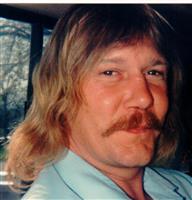 Charles R. ""Bub"" Collins, age 57 of Old Shawneetown died suddenly on May 19, 2015 in Ferrell Hospital, Eldorado. Bub as everyone knew him was born on July 16, 1957 in Eldorado, Il to the late Charles Collins and Cleada (Baldwin) Oldham. He graduated from Ridgway High School and on May 20, 1994 he married Harriett ""Shorty"" (Long) who survives. Bub was employed as a city worker in Old Shawneetown for many years along with being a cemetery worker also. He loved to hunt, work on small engines and listen to Country Music. Bub was always a very hard worker, though very quiet, he always cared about others. He was a good husband, father, brother, grandfather and friend and will be very much missed around the Shawneetown area.

Visitation for Bub will be on Friday, May 22, 2015 at the Cox & Son Funeral Home in Shawneetown from 11:00AM to 1:00 PM. His funeral service will immediately follow at 1:00 PM at the funeral home. His burial will take place in Westwood cemetery.

To order memorial trees or send flowers to the family in memory of Charles Bub Collins, please visit our flower store.
Send a Sympathy Card