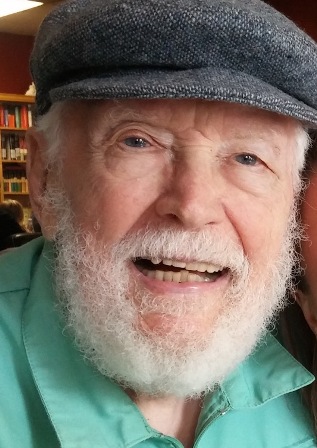 Charles Estel Ramsey, 90, of Wilmore, KY, passed away Saturday, April 29, 2017 at home surrounded by his wife and children.  He was born March 2, 1927 at home on the farm during a snow storm in "the thicket" area of Gallatin County, Illinois.  He enlisted in the US Navy March 1st, 1944.  In 1950 he graduated from Medical School from the University of Illinois-Chicago.   He served as a naval medical officer at Camp Lejeune and Great Lakes then joined a private practice in Ridgeway, Illinois.  In 1954 he moved to Coles County, Illinois where he practiced medicine for the remainder of his career.  He was a farmer at heart regularly taking drives to see the crops grow.  Enjoyed a cup of coffee and a listening ear as he talked politics, farm prices and bragged on the success of those he loved.   He was a lifelong learner who enjoyed taking classes, reading and traveling.  He was involved in community organizations including Rotary, Masonic Lodge, Lincoln Douglas Debate Museum and others too numerous to mention.  He will be remembered by many as a man that was dedicated to his patients, able to recall their name, birthday and family history.

Memorial service to follow late summer 2017. In lieu of flowers a donation can be made to a charity of your choice.

To order memorial trees or send flowers to the family in memory of Charles Estel Ramsey, please visit our flower store.
Send a Sympathy Card