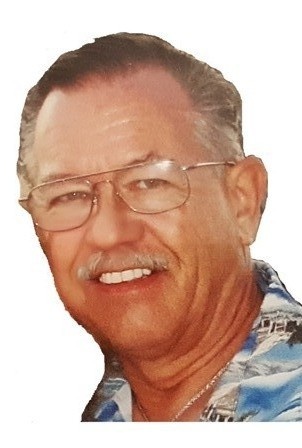 Charles Preston Warman, age 70 of New Haven, IL passed on this life, Friday, September 1, 2017 in the Select Specialty Hospital in Evansville, IN.  Chuck as most knew him was born in Indianapolis, IN on August 22, 1947 to the late James P. and Vivian Warman.   He was retired from the United States Army after 20 years of service.  He completed 2 tours in Vietnam.  After retiring from the Army, he worked on the off shore Oil Rig Platforms in the Gulf.  He then took the job as a supervisor over communications with CSX railroad where he recently retired after 17 years.  On May 19, 2001 he married the love of his life, Billie Sue Sageser who survives.

Chuck was a member of the New Haven American Legion, the Ridgway Masonic Lodge # 816.  He loved to travel, deep sea fish, and woodworking. He loved to watch cooking show and cook for his wife.  He was a good man, husband, father and friend and will be missed by many.

Chuck is survived by his wife Billie Sue, a son, Donald Warman of Morgan City, LA, and 1 daughter, Tracye Lynn Warman of Sheridan, WY.and 1 sister Joan Hall.  He was dearly loved by the Sageser family.  Chuck is preceded by his parents and 1 sister Betty..

Visitation for Chuck will be on Monday, September 4, 2017 fro 4:00 PM to 7:00 PM at the Cox & Son Funeral Home in New Haven.  Masonic rites will be performed at 6 PM   .  Funeral for Chuck will be on Tuesday, September 5, 2017 at the funeral home starting at 2:00 PM with Rev. Mike Buckman officiating.  He will be laid to rest in the Union Ridge Cemetery near New Haven with full military rites.

To order memorial trees or send flowers to the family in memory of Charles Preston Warman, please visit our flower store.