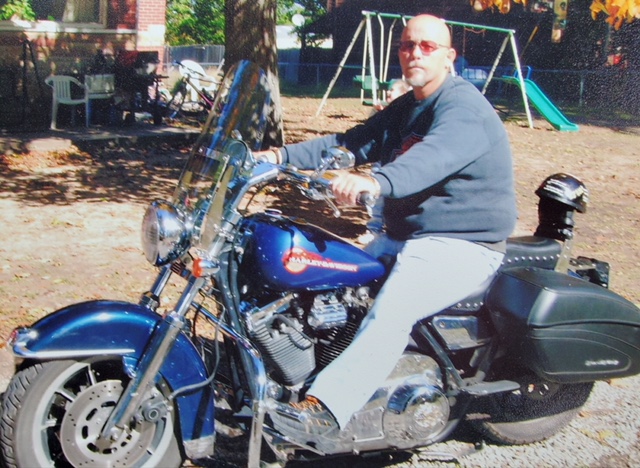 It is with great sadness that the family of Dale Kevin Heroy of West Frankfort, IL announces his passing on April 19, 2019 at the age of 59. Dale was a traveling man, enjoyed riding his Harley and four wheelers and spending time fly fishing in area ponds.
Dale was born on November 3, 1959 at Camp Lejeune Marine Corps Base, North Carolina. He was preceded in death by his father Captain Dewey W. Heroy, USMC (KIA, Vietnam 1969), his mother Sherry L. Ramsey 2009, Oregon older brother, Mark W. Heroy 2015, Oregon and younger brother Bryan K. Heroy 1989, Oregon.
He is survived and remembered by his wife Aloma K. Heroy West Frankfort, IL, daughter Tylena Poe of West Frankfort, IL, son Nathan Karns of West Frankfort, IL, daughter Chrystle Fleetwood (Douglas) of Maud, OK, 16 grandchildren and 4 great grandchildren. He will also be fondly remembered by his sisters, Robin K. Martin (Shane) of independence, OR, Gayle D. Rowland (Kevin) of Independence, OR and Nisa James of Portland, OR.
He will be forever remembered by many nieces, nephews extended family and dear friends.
There is no services planned at this time.   Cox & Son Funeral Home is entrusted with his care.

To order memorial trees or send flowers to the family in memory of Dale Heroy, please visit our flower store.