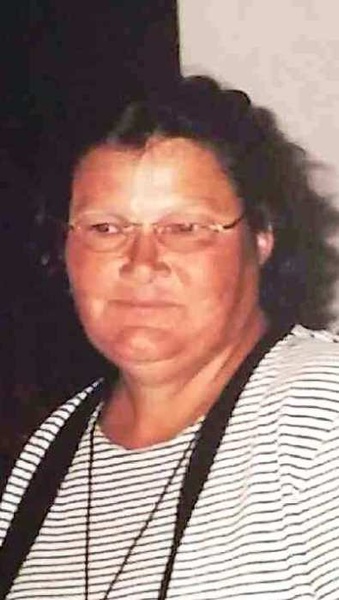 Debra N. “Debbie” Trousdale, age 62 of Rural Ridgway passed on this life on July 18, 2018 in Deaconess Hospital, Evansville, IN.  Debbie as most knew her was born in South Carolina.  She was the daughter of the late Ivan & Mae (Davis) Collins and was raised in Eldorado.  Debbie married Jerry Trousdale in 1973 and have spent 45 years together.   She worked in her early years as an EMT on the ambulance service; she loved embroidery, her animals especially her cat Lily. She loved to spend time with her granddaughter Josey.   She was a good mother, wife and friend and will be missed.

Debbie is survived by her husband, Jerry Trousdale of Ridgway, her daughter, Jamie (Joe Dan) Logsdon of Shawneetown and a granddaughter, Josey Logsdon. She is also survived by a brother in law John (Charlene) Trousdale,  a sister in law, Janice Talkington, a brother in law, Jim McGrew  She was preceded in death by, a son, Jeremy Jay, a sister in law, Janet Baldwin, a niece, Tammy Trousdale Koontz and a nephew, Steven Michael Talkington.  She is also survived by many nieces and nephews.

Visitation for Debbie will be on Sunday, July 22, 2018 at the Cox & Son Funeral Home in Ridgway from 12 Noon until funeral time at 2:00 PM.  Rev. Richard Malone will officiate and her burial will immediately follow in the Jackson Cemetery near Ridgway.

Memorial contributions can be made to the March of Dimes or Hospice; envelopes will be available at the funeral home.

To order memorial trees or send flowers to the family in memory of Debbie Trousdale, please visit our flower store.