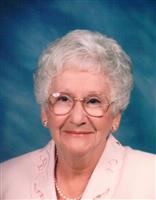 Dolores C. Wargel, age 88, died April 21, 2014 in Wyoming, Michigan. Dolores was born near Ridgway on August 1, 1925 to the late John G. and Anna (Devous) Naas. She was a wife, mother and homemaker. Dolores was a devoted Catholic at the St. Benedicts Catholic Church in Evansville and was a wonderful soul. She was married to Robert Wargel on August 29, 1944 and he preceded her in death in 2012. Dolores was known for her great cooking and the care she gave her family. She will be greatly missed.

Visitation for Dolores will be on Saturday, April 26, 2014 at the Cox & Son Funeral Home in Ridgway from 10:00 AM to 11:00 AM. Her funeral will immediately follow at the funeral home starting at 11:00 AM. Fr. Steven Beatty will officiate and a private interment will follow at the St. Joseph Cemetery near Ridgway.


To order memorial trees or send flowers to the family in memory of Dolores C. Wargel, please visit our flower store.
Send a Sympathy Card