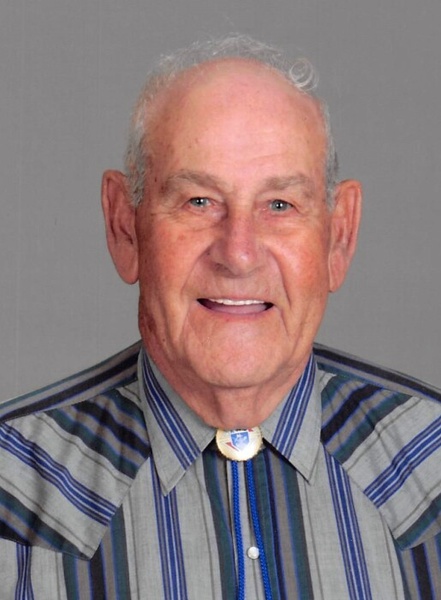 Don was a faithful member of the St. Kateri Catholic Church in Ridgway.  He served his country proudly in the U.S. Army during the Korean War.   He was a member of the Knights of Columbus, the Ridgway, the Ridgway American Legion and VFW where he served on the Honor Guard for many years.  Don has been a member of the Ridgway Fire Department, since December 1, 1960 and served as Chief from 1969 – 1972  He also belonged the Gallatin County ESDA.  Don worked at Ridgway Lumber Company for several years.  He then went on to work at Wabash Valley Service Company in Ridgway for over 30 years before retiring.

Visitation for Don will be on Monday, July 20, 2020 at Cox & Son Funeral Home in Ridgway from 9:00 AM to 10:30 AM.  A funeral mass will follow at the St. Kateri Catholic Church in Ridgway at 11:00 AM with Fr. Steven Beatty as Celebrant.  Burial will be immediately following in the St. Joseph Catholic Cemetery in Ridgway with military rites being conducted by the Ridgway American Legion and VFW

Donations suggestions, to the church or in the form of Mass.

Due to Covid-19 recommendations, masks and social distancing is suggested.

You may also leave a note of comfort or obtain memorials at www.coxandson.com

To order memorial trees or send flowers to the family in memory of Don Drone, please visit our flower store.