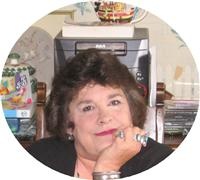 Donna J. Simpson, age 56 of Independence, Missouri died Thursday, October 22, 2009. Donna was born in St. Louis, Missouri on December 23, 1952 to Donald E. Barton who survives and the late Tijuana Jolleen Farr. Donna worked in the Telecommunication field with USA800 telephone. She enjoyed life, with her friends loving to cook on the BBQ and listening to good music. She enjoyed camping, the NFL , fishing and was really proud of her Native heritage.
She was a good mother, sister and friend and will be greatly missed.

Donna is survived by her daughter, Jennifer Simpson (Evan Bowles) of New Haven, her father Donald Barton of Garland Texas, 3 Brothers, Rick Barton of Upland, CA, Jeff Barton of Santa Angelo, TX, and James Hercules of O'Fallon, MO. She was preceded in death by a brother John Barton.

Donna requested to be cremated and her ashes will be interred privately at a later date.

Arrangements are entrusted to the Cox and Son Funeral Home in New Haven.


To order memorial trees or send flowers to the family in memory of Donna J Simpson, please visit our flower store.