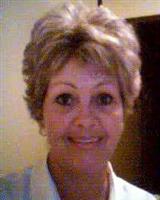 Donna L. Thompson, age 62 passed away this life on March 23, 2016 in the St. Mary's Medical Center in Evansville after an sudden illness. Donna was born on March 19, 1954 to Bob and Jane (Price) Tucker. Donna was a Christian by faith.

Donna worked most of her life as a bookkeeper, working many years for Brazier Brothers, Millikan Brothers and Berry Trucking most recently. She loved to fish and read but mostly loved her cats. Donna always had a smile, and was a loving mother, grandmother, daughter and sister who will be missed.

Per Donna's wishes, she was cremated and a Memorial Service will be held on Saturday, April 2, 2016 at the Cox & Son Funeral Home in Shawneetown, the family will receive friends from 1:00 PM to 2:00 PM and a service immediately following with Rev. Tyler Pilkington officiating.

Memorial contributions can be made in her memory to the American Heart Association or the charity of your choice.

To order memorial trees or send flowers to the family in memory of Donna L Thompson, please visit our flower store.