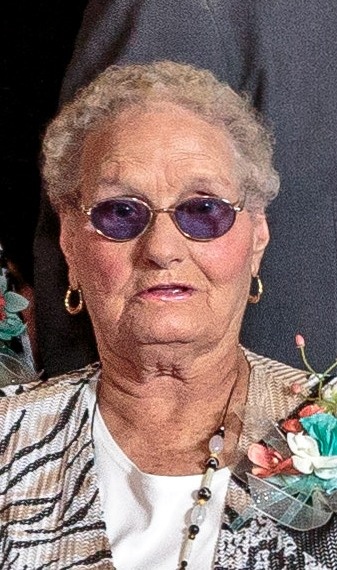 Dora G. Hargrave, age 86 longtime Shawneetown resident passed on this life, November 14, 2017 in the Eldorado Rehab Center.  Dora was born in the Shawneetown bottoms on September 18, 1931 to the late P.A. and Flossie (Flahardy) Randall.  She was married to James Hargrave whom preceded her in death.  Dora worked as a caregiver most of her life.  She was a faithful member of the Shawneetown United Methodist Church and helped for years in the church food pantry.  She loved to talk with her friends but especially loved her grandchildren.  Dora will be missed by many.

She is survived by her son Virgil (Judy) Hargrave of Shawneetown, and grandchildren, Brandi (Micheal) Rushing and Bryan Hargrave.  She is also survived by great grandchildren, Noah and Dylan Rushing.  Dora also has a surviving brother, Jessie Randall.  She is preceded in death by siblings, Louise Walker, Carrie Kutev, Olan Randall, Robert Randall, Bessie Smith and Diane Lashbrook.  She has several nieces and nephews.

To order memorial trees or send flowers to the family in memory of Dora G Hargrave, please visit our flower store.