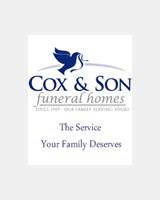 Dorothy Diehl Woolsey O'Leary, 85, was born Sept. 4, 1926, to Margaret Laugel and Joseph Diehl. She died on Saturday, July 7, 2012. She attended Central High School where she was a cheerleader, a member of the National Honor Society, and a participant in some of their drama productions. Upon graduation she worked at Servel as a secretary.

In 1948 Dorothy and Jess Woolsey were married and they had four daughters. Dorothy and Jess founded The Bicycle and Toy Center in the 1960s which grew to one of the largest Schwinn bicycle dealerships in the nation. They had stores in Indiana, Kentucky, Missouri, and Illinois.

Dorothy and her husband of 23 years, John Francis O'Leary, enjoyed traveling and were able to visit all of the states, as well as some overseas locations. Dorothy enjoyed walking, fishing, boating, tennis, and golf. She was always ready to try something new. Dorothy was a great mother. She had a great sense of humor, and she was a fabulous cook.

She is survived by her daughters Barbara (Charlie) Christmas, Jesslyn Woolsey (George Reilly), Amy Woolsey, Nancy (Marc) McCormick and her grandchildren Caroline and Charlene Christmas, Kristen Reilly, Jessamy, Robert, and Temple Anderson, Amy and Marc McCormick. In addition, she is survived by her husband John and his children John Michael, Tim, Mickey, their spouses and children, and the late Susan Metz. She is also survived by her brother Norman Diehl, and many nieces and nephews.

Visitation will be at Ziemer Funeral Home East in Evansville, IN from 2-7 p.m. on Tuesday. A funeral mass will be at St. Benedict Catholic Church, in Evansville at 9 a.m. Wednesday. Burial will be in St. Patrick Cemetery near Ridgway, Illinois.

To order memorial trees or send flowers to the family in memory of Dorothy O'Leary, please visit our flower store.