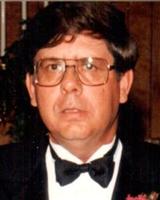 Earnest Ray Kitchens, age 65 longtime Gallatin County resident, died peacefully at his home surrounded by his family after an extended battle with Agent Orange. Ray as most knew him was born in Equality, IL on November 15, 1947 to the late William and Imogene (O'Neal) Kitchens.

Ray proudly served his country in the Army stationed in Korea where he met his wife of 43 years, Kyong ""Ann"" (Chung) Kitchens. After his time in the military he came back to Gallatin County and done many things, from being a policeman, having an auto body shop, to being a instructor at Job Corp for Auto Body Repair. He loved to work on cars, and enjoyed going to the casinos. He was a man of faith, a good husband, father, grandfather, brother and friend and will be missed.

Visitation for Ray will be on Sunday, December 16, 2012 at the Cox & Son Funeral Home in Shawneetown from 5:00 PM to 8:00 PM. His funeral will be on Monday, December 17, 2012 at the funeral home starting at 11:00 AM. Rev. Randy Vaughn will officiate and interment will follow in the Elmwood Cemetery near Equality with full military rites.

To order memorial trees or send flowers to the family in memory of Earnest Ray Kitchens, please visit our flower store.
Send a Sympathy Card