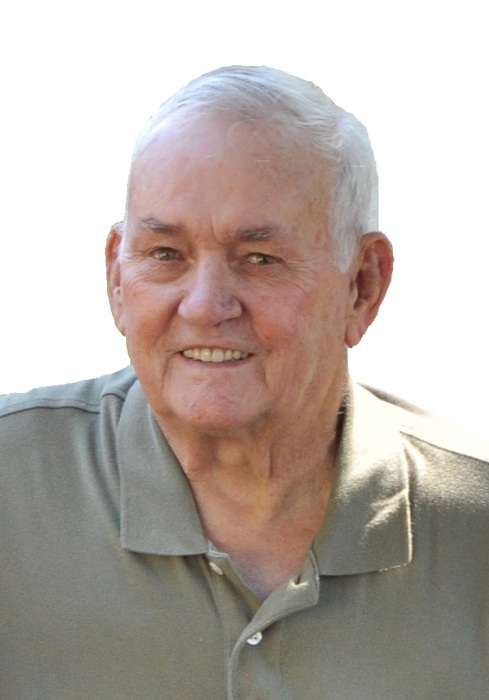 Edward Francis “Ed” Atkins, age 84 of Ridgway, IL passed on this life, July 2, 2016.  Ed as most knew him was at his home surrounded by his family, he had fought a courageous battle with Cancer.

Ed was born on Febraury 28, 1932 in Waltonville, IL to the late Ralph & Lucille (Maddox) Atkins.  In 1949 he joined the United States Air Force where he served his country for over 8 Years as a Medic.  He was involved in many battles during the Korean War flying in and retrieving the injured.  On October 24, 1964 he married the love of his life, Judy (Ande).  Ed was well read and talented , he had worked in many fields before retiring.  Some might remember him at Ed and Judy's Village Lounge, others might remember his work at Teleleasing or his years at IDOT.  In his retirement he spent most of his time in his shop, tinkering with his collection of model trains or computers.  He was a person with a quick wit but also was very courageous with his words as you always knew where he stood.  His love of his country always showed through as he had been involved most of life in the American Legion and VFW of Ridgway and Eldorado, where he held many positions.  Ed was a good father, husband, grandfather and brother and will be missed.

Ed is survived by his wife Judy of Ridgway, a daughter, Denise (Bill) Oxby of Elberfield, IN, a daughter, Melinda (Kevin) Bratcher of Carmi, IL. A sister, Betty Cox of Ridgway.  Four Grandchildren, Adam Bratcher of Omaha, Bailey Bratcher of Evansville, Lauren Bratcher of Carmi and Courtney (Sam) Garau of Evansville, IN. Three Great Grandchildren, Emi, Ali, and Sammy Garau. He was preceded  in death by his parents, a Son Charles (Chuck) Atkins, a brother and sister in law, Wallace (Bobbi) Atkins, a sister and brother in law, Carolyn Sue (Charley) Johnson and a brother in law, Charlie Cox.

Visitation for Ed will be on Tuesday, July 5, 2016 at the Cox & Son Funeral Home in Ridgway from 5:00 pm to 8:00 pm.  His funeral will be on Wednesday, July 6, 2016 at the funeral home starting at 11:00 am with Fr. Steven Beatty officiating.   Interment will follow in the St. Joseph Catholic Cemetery in Ridgway with full military rites.

In lieu of flowers donations can be made to  VA Medical Center in Marion, IL or Hospice of Southern Illinois.  Envelopes will be available at the funeral home.

To order memorial trees or send flowers to the family in memory of Edward F. "Ed" Atkins, please visit our flower store.
Send a Sympathy Card