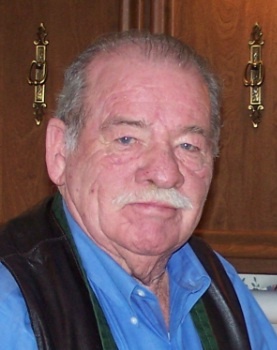 Edward Wilson Downen, age 89, of Omaha, passed on this life on Sunday, October 25th, 2020 at the Wabash Christian Retirement Center in Carmi, IL. Ed was born on the family farm northeast of Ridgway. He was the 5th child of Emmitt and Delilah (Wilson) Downen.
Ed went to Asbury Elementary School and graduated from Ridgway High School. He was a proud veteran of the United States Air Force, joining in 1951 and honorably discharged in 1955. He was an aircraft mechanic and flight engineer and served overseas in Saudi Arabia. Afterward, he returned to Gallatin County to work with his brothers. In February of 1959 he married the love of his life, Judith (Waller) Downen, who survives. In 1964, Ed and his brothers formed Downen Enterprises which continues to operate.
Ed was a tireless worker, brilliant businessman, with drive and determination second to none. He was proud of his extended family and loved to spend time with them at home, but especially at Round Pound. Ed enjoyed fishing and reconstructing original log cabins. He was a member of the American Legion, a 32nd degree Mason, and member of the First Presbyterian Church in Shawneetown. Ed was loved by many and will be sorely missed.
Ed is survived by his wife, Judy Downen of Omaha, a son, Tim Downen of Omaha, daughters, Martha Downen (Zaven Kaprielian) of Rye, New York, and Shelly (Wardie) White of Eldorado, IL; grandchildren, Dylan (Emily) White, Jolie (Edward) Urso and Carson Downen; great grandchildren, Lily Shaw, Henley Barton, and James Edward and A.J. Urso; two brothers, Robert Downen of Shawneetown, and Don (Amy) Downen of Ridgway; sisters-in-law, Lyla Downen, Donna Downen and Mary (Steve) Bisbikis; brother-in-law, John (Pam) Waller; and numerous nieces and nephews. He was preceded in death by his parents; brothers, Bill, Andy, Terry and Tom Downen; sisters, Carolyn and Anna Lee Downen, a sister-in-law, Betty Downen, and three nephews.
Ed’s family is grateful to the outstanding love and care he received from the dedicated staff at Wabash Christian Center over the last year. And, prior to that, for the loving care provided at his home by Kristy Bosaw Downen and other wonderful caregivers.
Graveside services for Ed with military rites will be on Friday, October 30, 2020 at the Asbury Cemetery, Omaha, IL. The service will be at 2:00 PM with The Reverend Dr. Roger Lyons officiating. Those attending should go directly to the cemetery. Due to Covid-19 restrictions, social distancing and masks are recommended.
Memorial contributions can be made to the First Presbyterian Church, 107 W Townshend Ave, Shawneetown, IL in his memory. Cox & Son Funeral Home in Ridgway is entrusted with the arrangements where you can leave a note of comfort or obtain a memorial gift to the family at www.coxandson.com

To order memorial trees or send flowers to the family in memory of Edward Downen, please visit our flower store.