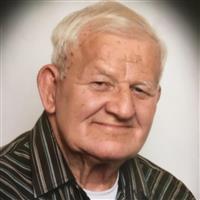 Eldon had worked most of his life as a Truck Driver and Construction worker where he retired from E.T. Simonds. Eldon loved to do yard work, carpentry, visit with his friends and family and was known for being a prankster just for fun. Eldon was a member of the Pisgah Baptist Church. He was a good husband, father, grandfather, brother and friend and will be missed by many.

Visitation for Eldon will be on Tuesday, April 5, 2016 from 5:00 PM to 8:00 PM at the Cox & Son Funeral Home in Shawneetown. His funeral service will be on Wednesday, April 6, 2016 at the funeral home starting at 11:00 AM. Rev. Steve Hunt will officiate and his burial will follow in the Callicott Cemetery east of Ridgway.

To order memorial trees or send flowers to the family in memory of Eldon Glen Hise, please visit our flower store.
Send a Sympathy Card