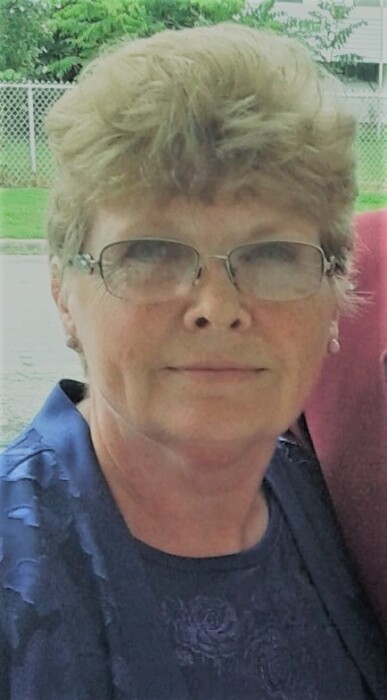 Ellen Louise Cox Sork passed away at her home in Ridgway, IL surrounded by her family. Ellen was born to Frank “Teetle” Cox and Dorothy Davis Cook on July 18, 1951. She was an exceptional wife, mother, and sister. On December 11, 1967, she married the love of her life, Lyndal R. Sork.

Ellen was highly involved with Lyndal in his ministry and served as the Ladies Ministry President for the various churches that he pastored. She was a member of the Ridgway IL Souls Harbor Church of God. Ellen was known for her cooking, gardening, taking care of her cats and dogs, which she called her “babies”, and housework, but mostly well-known for being a woman of faith. According to Ellen, the most important event in her life was her acceptance of Christ as her Savior and Lord, in which she would state, “That’s when I started living”. She enjoyed reading her bible, leading singing at her local church, testifying of her faith in God, serving as the Ladies Ministry President, and contacting laity and ministers and their spouses to encourage them and to assist in any way.

Surviving are her husband and two sons, Jason Wayne Sork and Gregory Wade Sork, of Ridgway, IL; a brother, Frank/Lynda Cox of Norris City, IL; a brother, Charles Wayne Cox of Ridgway, IL; a half-brother, Eddie Cunningham of Huntingburg, IN; and several nieces and nephews. She was preceded in death by her parents; a stepfather, Leon Cook; and a half-brother, Lawrence Cook.

Memorial Contributions in her memory can be made to SIH Cancer Institution. Envelopes will be available at the funeral home. Notes of comforts or other memorial gifts can be done at coxandson.com .

To order memorial trees or send flowers to the family in memory of Ellen Sork, please visit our flower store.