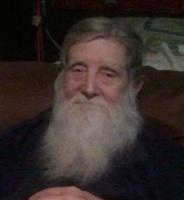 Elmo ""Charlie"" Krikie, age 83 of Rosiclare died, Wednesday, March 23, 2011 in the Hardin County General Hospital. Charlie as most knew him was born in Mt. Vernon, IN on January 6, 1928 to the late James and Minnie (Drewey) Krikie. He was married in 1954 to Iva (Patton) who preceded him in death. Charlie was retired from Alcoa as a machinist, but later worked construction. In his later years, his life was his church, the First Baptist of Rosiclare, and going to the Golden Circle with his friends and especially playing pool. He loved his family, being outdoors and was a great father, husband, brother, grandfather and friend. He will be missed. Charlie is survived by, 2 sons, Jonathon (Maggie) Krikie of Montgomery, IL and James Krikie of Mt. Vernon, IL along with 1 daughter, Christina Finley of Rosiclare, IL. He is also survived by 12 grandchildren, 8 great grandchildren and a A½ brother, Carl Krikie of Henderson, NV and a A½ sister, Linda Underwood Wilson of Muddy, IL. He is preceded in death by his parents, his wife, 1 Son, Charles Elmo Krikie, 2 Daughters, Linda Macias, and Rebecca Shannon and a grandson Byron Michel. Visitation for Charlie will be on Friday, March 25, 2011 at the Cox & Son Funeral Home in Ridgway with the hours of 5:00 PM to 8:00 PM. The funeral will be on Saturday, March 26, 2011 at the funeral home beginning at 11:00 AM with Rev. Roy Baker officiating and interment in the Elmwood Cemetery near Equality. In lieu of flowers the family ask donations be made to the Hardin County Golden Circle, Rt1, Box 191 A, Elizabethtown, IL. You may leave a note of comfort to the family at www.coxandson.com

To order memorial trees or send flowers to the family in memory of Elmo Krikie, please visit our flower store.