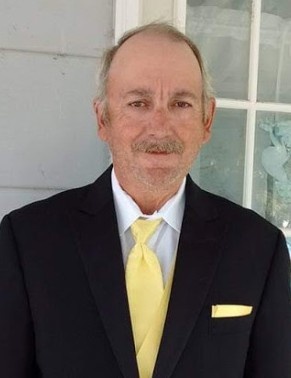 Frank J. O’Neal, age 62, lifelong Ridgway resident, passed on this life, October 3, 2019 in the Harrisburg Medical Center after an extended illness.  Frank was born in Eldorado on June 21, 1957 to William and Marie (Millikan) O’Neal.

He was a 1975 graduate from Ridgway High School.  He had worked for over 27 years at Rister Farms in Ridgway, Gallatin Co Tin for 8 years and had worked at the Popcorn Plant in Ridgway. He was a very good painter; he worked for many years painting houses.  He is married to Jeannie (Lane) O’Neal; they were married on Jan. 10, 2005.  Frank was a true outdoorsman, he loved to Deer hunt.  He loved his family very much and will be missed.

Visitation for Frank will be on Friday, October 4, 2019 from 4:00 PM to 8:00 PM at the Cox & Son Funeral Home in Ridgway.  His funeral service will be at the funeral home on Saturday, October 5, 2019 starting at 11:00 AM with Rev. Scott Luckett officiating.  Frank will be laid to rest in the Elmwood Cemetery near Equality, IL.

Memorial contributions in his memory can be made to the St. Judes Hospital, envelopes will be available at the funeral home.

You may get a memorial gift or leave a note of comfort to the family at www.coxandson.com

To order memorial trees or send flowers to the family in memory of Frank O'Neal, please visit our flower store.