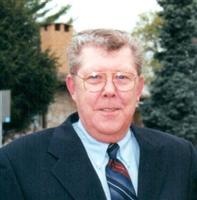 Gary M. Crissup, age 69 of Ridgway died on Thursday, April 14, 2011 in Ferrell Hospital, Eldorado, IL. Gary was born on May 30, 1941 in Ridgway to the late Bernard and Izola (Miner) Crissup. He graduated from Ridgway High School and then went to the service in the Air Force. He served his country in Vietnam where he met his wife Chot (Tran) Crissup. They have been married since 1970. Gary has been involved in many things in his life; he was a policeman in Ridgway for many years along with being one of the local barbers. He had worked at Gibbs die-casting in Henderson and retired from being a owner/operator of over the road truck. He loved to follow the St. Louis Cardinal Baseball team and the Notre Dame Football team. He liked to be outdoors but his real passion was fishing, as he had been an avid Bass and Crappie fisherman for years. Gary was a good husband, father, brother, and friend and will be missed by the community. Gary is survived by his wife Chot of Ridgway, a son Joe & wife Teresa Crissup of Mt. Vernon, IN, a daughter, Lynn and husband Bernie Roberts of Alice, TX, 5 grandchildren, Austin, Jacob, Lucas, and Emily Crissup and Kendreca Roberts. He is also survived by a brother Harry (Kevin) Crissup of Ridgway. Gary is preceded in death by his parents and 1 son Kevin Crissup. Visitation for Gary will be on Monday, April 18, 2011 from 5:00 to 8:00 PM at the Cox & Son Funeral Home in Ridgway, the Funeral will be at the funeral home on Tuesday, April 19, 2011 starting at 11:00 AM. Rev. Kevin Petty will officiate and interment will be in the Jackson Cemetery near Ridgway. Military rites will be conducted at the gravesite by the Ridgway American Legion and VFW. You may leave a note of comfort to the family at www.coxandson.com

To order memorial trees or send flowers to the family in memory of Gary M. Crissup, please visit our flower store.