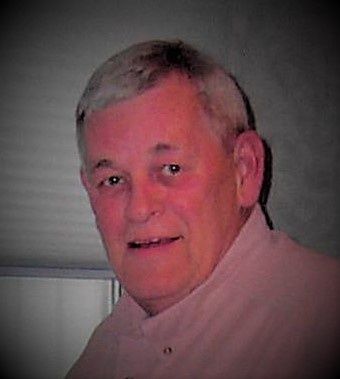 Gary spent most of his younger years in and around Ridgway where he was raised. He graduated from Ridgway High School and was very active in athletics especially Basketball and Baseball.  Gary served his country in the National Guard for many years.  On March 20, 1969 he married the love of his life Sharon (Banks) Holmes who survives.

Gary was a licensed Barber, having a shop in Ridgway and Shawneetown for many years, he worked at Peabody Coal in Shawneetown and then managed the Ridgway Seed Company for many years and also worked for Browns Fertilizer before retiring.  He was an avid outdoorsman, his real loves were Bass fishing and Hunting, especially Quail and Deer. He was also known for his Taxidermy work for many years.  Gary was a member of the Equality Masonic Lodge.  He loved being around his friends and family, always having a smile or story to tell you or kid you.  He loved his grandkids and enjoyed the many pranks they played on him. He was a wonderful husband, father, grandfather and friend.  He will be missed by many.

Visitation for Gary will be on Tuesday, January 28, 2020 at the Cox & Son Funeral Home in Ridgway from 4:00 PM to 7:00 PM, a Masonic Rites service will follow the visitation at 7:00 PM by the Equality Masonic Lodge.  His funeral service will be Wednesday, January 29, 2020 at 11:00 AM.  He will be laid to rest in the Raleigh Masonic Cemetery.  Rev. Jack Hall will officiate.  Military rites will be conducted at the grave site.

Memorial contributions in Gary’s memory can be made to the donor’s choice, envelopes will be available at the funeral home.  You may leave a note of comfort or obtain a memorial gift at www.coxandson.com

To order memorial trees or send flowers to the family in memory of Gary Holmes, please visit our flower store.