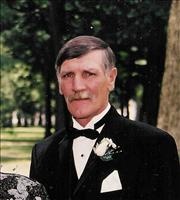 Gary Wayne Meadows, age54 longtime resident of New Haven died Thursday, April 23, 2009 at his home in New Haven surrounded by his family after an extended illness. Gary as most knew him was born in Sturgis, Ky on January 24, 1955 to the late Ordis and Anna Mae (Spivey) Meadows. Gary was a warehouse worker most of his life. He loved to Fish and Hunt and really enjoyed to Dance. He always love to listen to music. He was always kind and polite and enjoyed being around his family and friends. He was married in 1995 to the former Susan (Stephenson) who survives. He was a good husband, father, brother, and friend and will be greatly missed by all knew him.

In Lieu of Flowers the family ask donations be made to the Southern Illinois Hospice or the Oncology/Hematology Unit in Newburgh, IN


To order memorial trees or send flowers to the family in memory of Gary Wayne Meadows, please visit our flower store.