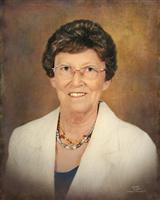 Genevieve Roe age 77, longtime resident of Junction, IL (Pisgah Community) passed away Friday, October 5, 2007 at the Harrisburg Medical Center surrounded by her family. Genevieve was born in Bowlesville Township on December 29, 1929 to the late James and Mildred (Patton) Harris. In 1947 she married Edgar Roe in McLeansboro, IL. Genevieve has always been very active in her community, she is the Multi Twp Assessor for Bowlesville, Equality and Eagle Creek Townships and has been for over 30 years, very active in the Leamington home extension , 4-H clubs, was a board member of the Gallatin County Home Extension for many years also serving as president. She was very active in many other areas throughout her lifetime, but her real love was for her church and family, she was a member of the Pisgah General Baptist Church where she was Sec/Treasurer. She was a good wife, mother, grandmother and friend. She was a kind and compassionate person. She will be greatly missed by the people of our area..

In Lieu of flowers, the family ask that donations be made to the Pisgah church, or to St. Judes Childrens Hospital in her memory.


To order memorial trees or send flowers to the family in memory of Genevieve Roe, please visit our flower store.
Send a Sympathy Card