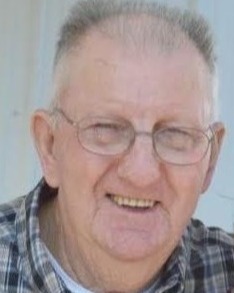 George T. Byard, age 84 years old of Elizabethtown, IL passed on this life, October 22, 2022 in Gateway Hospital, Evansville, IN.  George was born on November 4, 1937 in Tennessee to the late Matthew and Ida (Bromley) Byard.  On June 7, 1997 he married Peggy (Flynn) Dale who survives.

George was always hard worker; his craft was a brick and block mason and a carpenter.  He loved to fish and be outdoors.  He was known for his woodworking’s especially building Bird Houses.  He was a good husband, father, grandfather and friend and will be missed by many.

George is survived by his wife, Peggy Byard of Elizabethtown, a son, Kevin Byard of Nevada, a daughter, Kathy (Steve) Dallas of Clarksville, Tn, step sons, Bob Dale and Danny Dale and step daughter, Ramona Bayne. 8 Grandchildren.  He is preceded in death by a son, Troy Byard, 2 brothers, RB and Ray Byard and 3 sisters, Holly, Jean and Dorothy.

Graveside service for George will be on Wednesday, October 26, 2022 at the Empire Cemetery, Elizabethtown, IL starting at 3:00 PM    David Wood will officiate the service.  Those wanting to attend should meet at the cemetery

Cox & Son Funeral Home, Shawneetown Chapel in entrusted with arrangements where notes of sympathy and memorials can be left to the family at www.coxandson.com

To order memorial trees or send flowers to the family in memory of George T. Byard, please visit our flower store.