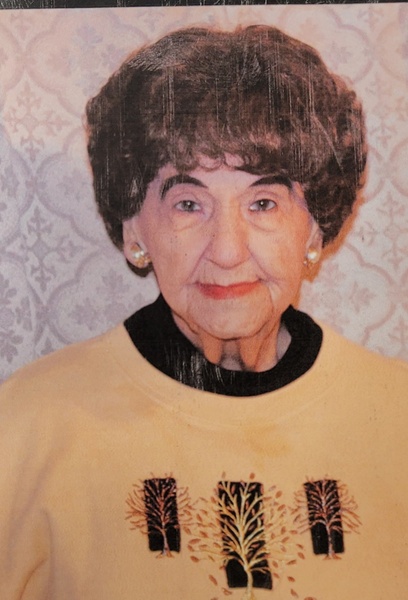 Helen Louise Wilson, age 89, longtime New Haven resident, passed on this life April 20, 2022 in Wabash Christian Village in Carmi, IL.  Louise or “Aunt Lou” as most knew her was born on December 5, 1932 in Harrisburg, IL to the late John and Mary (Ferrell) Hurd.  She was married on January 13, 1951 to Lowell Wilson who preceded her in death.

Louise was a faithful and very religious woman.  She attended many years the Presbyterian Church in New Haven before becoming very active in the Apostolic Church in New Haven where she started a program called Gods Kids.  Aunt Lou as she was known to all the kids, taught Sunday School, and was always organizing events in the church and town of New Haven for the children.  She had worked many years at the Supervisor of Assessments in Gallatin County as Deputy and then went on the White County Abstract office before retiring.  She was always active in her community, from helping on Pecan Days and the Just US club to serving on the town board.  She will also be remembered by her voice and music.  She sang at many weddings and funerals over the years.  She always was kind and had a smile for you, but would want to be remembered for her love for children.

Louise is survived by her daughter, Mary (Mike) Drone of Carmi, IL, 2 brothers, Gary (Jan) Hurd, and Bill Hurd, along with 1 sister, Lynette (Dale) Douglas.  Her grandchild, Keith Michael Drone and 3 Great grandchildren.  She was also survived by a special friend and caregiver, Sharon Browning.  Louise was preceded in death also by a son, Michael Wilson.

A celebration of life service will be held at a later date and will be announced.

To order memorial trees or send flowers to the family in memory of Helen Louise Wilson, please visit our flower store.
Send a Sympathy Card