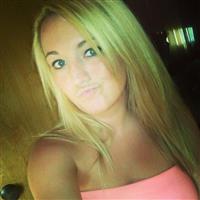 Holly Dawn Musgraves, 26, of Carrier Mills went to be with the Lord early Friday morning, February 27, 2015. Holly was born on Feb. 5, 1989 in Fairfield, IL to the late Jerry Musgraves and Susan (Wills) O'Neal. Holly worked at Saline Care Center as a CNA for two years. She enjoyed photography, listening to music, being outdoors, and riding four wheelers. She loved getting to spend time with her friends and family. Holly was a fun loving person, filled with laughter and love. Her smile and fun - loving spirit will be greatly missed by all that knew her.

She is survived by her mother; Susan O'Neal of Ridgway, Illinois. She is also survived by her husband; Jimmy Keith, children; Julia and JR, parent in-laws; Sue and Bill Keith, all of Carrier Mills, Illinois. Holly's brother, Jeremy (Ashton) Musgraves, 2 neices and a nephew; Abbi, Jaylei, and Kase Musgraves, all of Stonefort, Illinois. Grandparents; Jimmy and Karen Wills, Aunt Lori (Brent) Cullison, cousins; Jordan Ambrous and Hadyn Browning, all of Crossville, Illinois. She is also survived by her Uncle Lyndon, Aunt Donna, and cousins Jason Sanders Johnna Musgraves all of Norris City, Illinois. Numerous friends and family also are surviving. Holly was preceded in death by her father, Jerry Musgraves, her step father, John O'Neal and grandfather, John Musgraves.

Visitation for Holly will be on Tuesday, March 3, 2015 at the Cox and Son Funeral Home in Ridgway from 12 Noon until 3 PM. Her funeral service will immediately follow starting 3 PM at the funeral home with Rev. Randall Sork officiating. She will be laid to rest in Union Ridge Cemetery near New Haven, IL.

You may leave a note of comfort to the family at www.coxansodn.com

To order memorial trees or send flowers to the family in memory of Holly Dawn Musgraves, please visit our flower store.
Send a Sympathy Card