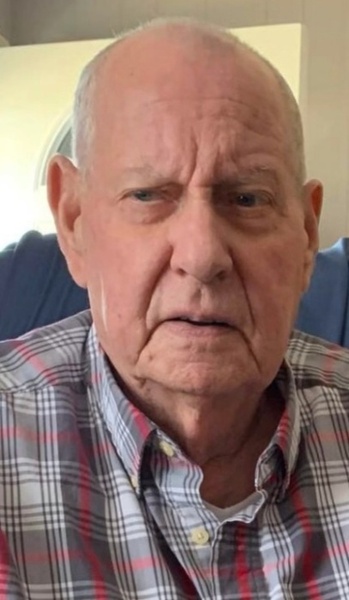 Jackie J. Staten, age 86 longtime Ridgway resident, passed on this life, June 27, 2021 at his home surrounded by his loving family.  Jack as most knew him was born in East Carondelet, IL on December 19, 1934 to the late Elmer and Lillian (Minar) Staten.  He served his country proudly in the U.S. Air Force.

Jack was married on March 21, 1970 to the former Frances (Stennett) and she survives.  He had retired from the coal industry after many years.  Jack was an avid Chicago Cub fan, loved to fish, garden, bird watch, take care of his flowers.  His real love was his family especially going to and watching his grandchildren competing in sports.  He was a loving husband, father, grandfather and friend and will be missed.

Jack is survived by his wife, Frances, a son, Keith Lane of Evansville, IN, daughters, Jackie Ramsey of Ridgway and Beverly Staten of New Haven.  His grandchildren, Hannah, Mitchell, Seth, Jazmine, cierra and Odin.  A sister, Marilyn Diver of Colorado.  Many nieces and nephews. He was also preceded in death by a sister, Joanne Pumphrey.

Visitation for Jack will be on Wednesday, June 30, 2021 at the Cox & Son Funeral Home in Ridgway from 10:00 AM to 1:00 PM.  His funeral will immediately follow with Mike Buckman officiating.  Jack will then be laid to rest in the Jackson cemetery near Ridgway with military rites

Memorial contributions in his memory can be made to the Hospice of Southern Illinois and envelopes will be available at the funeral home.

To order memorial trees or send flowers to the family in memory of Jackie Staten, please visit our flower store.