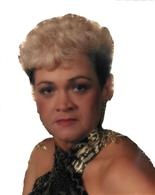 Jacqueline ""Jackie"" Smith, age 51 of Shawneetown and formerly of Eldorado and Harrisburg passed away Monday, Mrch 24, 2008 at 5:10 AM at her home after an extended illness.

Jackie as most knew her was born in Eldorado on November 1, 1956 to the late Kenneth and Sylvia (Harris) Maurer. She had worked for many years as a waitress in the Harrisburg area.

She was a good mother, sister, grandmother, aunt and friend. She will be greatly missed by her family and friends.

Funeral Service for Jackie will be Wednesday, March 26, 2008 at 2:00 PM at the Cox and Son Funeral Home in Shawneetown with Rev. Tim Pate officiating and interment in the Westwood Cemetery near Shawneetown. Visitation will be after 12 Noon on Wednesday at the funeral home.


To order memorial trees or send flowers to the family in memory of Jacqeline Smith, please visit our flower store.