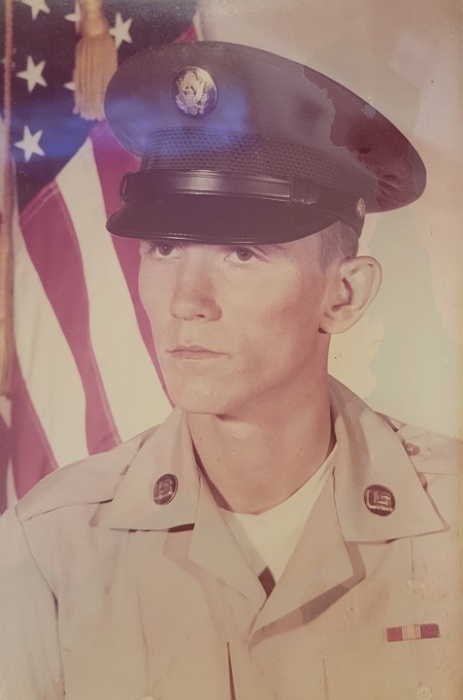 James R. Davis, age 67, of Gilbertsville, KY but formerly of Shawneetown passed on this life after an extended illness.  Jim as most knew him was born in Harrisburg, IL on February 27, 1954 to the late Frank & Betty (Harrelson) Davis.  He was first married to Cathy Oldham, she preceded him in death, he was now married to Mary (Kuhn).

Jim served his country proudly in the US Army from 1972 to 1977.  He had worked as a mechanic and owned a gas station before becoming disabled his service injuries.  He loved to fish be on his boat, socialize, but loved his dog and grandchildren the most.  He will be missed.

Jim is survived by 2 daughters, Amy and Kristy Davis, 1 son, Michael Davis, and stepchildren, Rick Neighbors, and Debbie Fogle.  11 grandchildren and 1 great-grandchild.  He was preceded in death also by a son, Jimmy Davis, and a brother Marshall Davis.

Visitation for Jim will be on Friday, May 7, 2021, from 11:00 AM to 1:00 PM at the Cox & Son Funeral Home in Shawneetown where his funeral service will immediately follow at 1:00 PM.  He will then be laid to rest in the Westwood Cemetery in Shawneetown with military rites being provided by the Gallatin County Military Honors Squad and the Army Military Honors Team.

To order memorial trees or send flowers to the family in memory of James Davis, please visit our flower store.