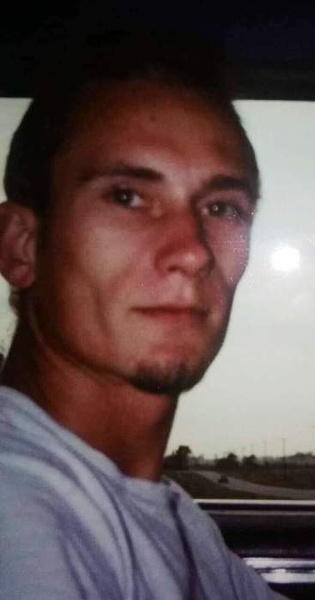 James R. Davis, Jr., age 41 of Gilbertsville, Ky but formerly of Shawneetown, passed on this life, June 3, 2019 in the Ray & Kay Eckstein Hospice, Benton, KY.  James was born on the base in Fort Campbell, Ky on September 28, 1977 to James Davis, Sr and Katherine Oldham who preceded him in death in 2018.

James was an Deckhand on the barge lines until getting hurt.  He loved to go yard sales and tinker, cookouts, swimming, movies but mostly being with his family.  He was a good father, son, brother, uncle and friend and will be missed.

He is survived by his daughter, McKenzie Davis, a son, Tyler Doyle, his father James Davis, Sr, 2 sisters, Kristy Davis, and Amy Long and a brother, Michael Davis.  He is also survived by his grandmother, Alma Oldham, a cousin that is like a brother, Billy Hansbrough, many nieces, nephews and cousins.  He was preceded by his mother Kathy Oldham and a grandfather, Gene Oldham

Visitation for James will be Saturday, June 8, 2019 at the Cox & Son Funeral Home in Shawneetown from 12 Noon to 2:00 PM.  A graveside service will immediately follow at the Westwood Cemetery near Shawneetown.

You may leave a note of comfort or send a memorial to the family at www.coxandson.com

To order memorial trees or send flowers to the family in memory of James Davis, Jr, please visit our flower store.