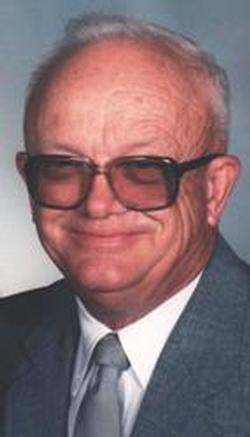 Burial will be on Thursday, September 15, 2016 at the Oak Grove Cemetery in Cottonwood, IL.  A graveside service will precede burial starting at 1:30 PM those attending should go directly to the cemetery.

James was born on July 17, 1934 in Omaha, IL., to Fred and Dorothy (Bolerjack) Desper. He spent his childhood in South Eastern Illinois. He married Norma "Jean" Sims on June 20, 1954 in Carmi, IL. She died on May 27, 2010. James is survived by a son - James Desper Jr. of Chatsworth, IL., a grandson - Lee Finis of Rantoul, IL., and a sister - Sue (Mickey) Dagley of Centralia, IL. He is preceded in death by his parents, wife, one daughter - Ann Desper Finis and two sons - David and Paul Desper.

James attended the Clifton Baptist Church in Clifton, IL. He moved to Ford County 32 years ago. James had worked in sales in the Insurance Industry. He enjoyed antique tractors.

To order memorial trees or send flowers to the family in memory of James L Desper, please visit our flower store.
Send a Sympathy Card