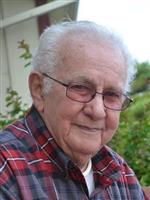 James Otis Poshard, better known as ""Doggie"" died on Wednesday, January 13, 2016 in Deaconess Hospital , Evansville, IN. He was living in Eldorado, but had spent most of his life in New Haven and Equality, IL. He was born in New Haven on February 4, 1932 to the late Robert and Lorene (Cathey) Poshard. On October 8, 1949 he married Ruby (Acord) Poshard whom survives. Doggie retired from B & W and then went on to work as a Boilermaker before retiring in 1998. He also worked at security for a local coal mine. He was proud to be from New Haven where he spent most of his life and was always very active in the community, he was Township Supervisor for many years there and was always willing to help people in need. He was Mason for the last 49 years. He was very active in Politics, holding many positions, from Precinct Committeeman to a County Board member.

His uncanny ability to tell and remember stories always captivated everyone around him, his contagious smile, his spunkiness, but mostly he loved his family always helping out either his children or grandchildren.

To this union of Doggie and Ruby came 4 daughters, Donna (Frank) Johnson of Equality, Tonya(Mitch) Maloney of Ridgway, Tami Poshard of Evansville, IN and Kim Godfrey of Equality. 17 Grandchidren, 38 Great Grandchildren and 8 Great Great Grandchildren. Preceded in death by his parents and a brother Bob ""Pancake"" Poshard.

Visitation for Doggie will be on Friday, January 15, 2016 at the Cox & Son Funeral Home in New Haven from 4:00 PM to 7:00 PM. Masonic rites will be performed immediately following the visitation. His funeral will be on Saturday, January 16, 2016 at the funeral home starting at 1:00 PM with Rev.Dwayne Jolley officiating. His burial will follow in the Union Ridge Cemetery near New Haven.

To order memorial trees or send flowers to the family in memory of James Otis 'Doggie' Poshard, please visit our flower store.
Send a Sympathy Card