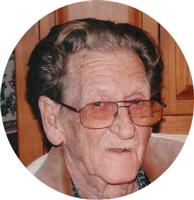 
James C. ""Red"" Sageser, 79, longtime resident of New Haven, IL passed away at Ferrell Hospital in Eldorado, January 12, 2008, after an extended illness. Red as most knew him was born in Edmond, Oklahoma on December 8, 1928 to the late James Maulby and Rachel (Know) Sageser. In 1954 he married the love of his life, Vina ""Van"" (Bowles) Sageser.

He served his country in the Armed Services during WWII. He was retired from the Boilermakers Union Local 374 working many years at B & W in Mt. Vernon, IN. After retirement he worked in the oil industry helping his sons. Red was a member of the American Legion and Carmi VFW. He was a good husband, father, grandfather and friend, he will be greatly missed by the community.

Interment will be at the Union Ridge Cemetery near New Haven

To order memorial trees or send flowers to the family in memory of James ""Red"" Sageser, please visit our flower store.