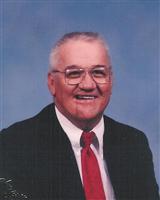 Jerry Fromm age 65, lifelong resident of Ridgway died Thursday, March 25, 2010 in St. Mary's Hospital in Evansville IN after an extended illness. Jerry was born on January 13, 1945 to the late Edward and Stella (Raben) Fromm, on the family farm North East of Ridgway in Asbury Township. Jerry was a farmer most of life, but also was well known for many years with Fromm Bros. BBQ. He loved to hunt, cook, help people, loved to dance and always had a smile and kind word for you. He was a faithful member of the St. Joseph Catholic Church in Ridgway and was an active member of the Knights of Columbus where is was a 4th degree member. Jerry was a good man, brother, uncle, son and friend. He will be greatly missed by the area.

Visitation for Jerry will be on Sunday, March 28, 2010 from 4:00 PM to 8:00 PM at the Cox and Son Funeral Home in Ridgway. A prayer service will be conducted at 5:30 and a 4th Degree Knights of Columbus Chalice service will be at 7PM. The funeral mass for Jerry will be on Monday, March 29, 2010 at 10:00 AM at the St. Joseph Catholic Church in Ridgway with Fr. Mark Stec officiating. Interment will follow in the St. Joseph Cemetery.

To order memorial trees or send flowers to the family in memory of Jerry Fromm, please visit our flower store.
Send a Sympathy Card