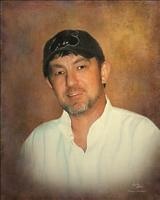 Jerry A. Musgraves age 46, rural resident of Norris City, passed away Sunday, September 14, 2008 suddenly at Deaconess Hospital in Evansville, IN. Jerry was born in Carmi, IL, August 10, 1962 to the late John Musgraves and Anna (Abbott) Flowers who survives. Jerry worked in construction and the oil fields. He loved to go 4 wheel riding, hunting, fishing, and be around his family and friends. He was a good father, grandfather, brother and friend. He will be greatly missed by the community.


To order memorial trees or send flowers to the family in memory of Jerry Musgraves, please visit our flower store.