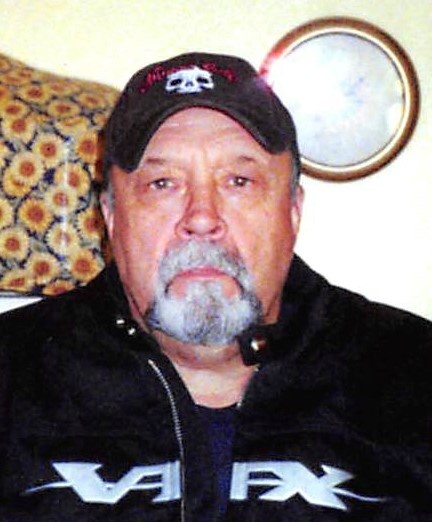 Jesse Ray Bryant, age 71, of Ridgway, passed on this life, August 10, 2020 in Deaconess Gateway Hospital in Evansville, IN.  Jesse was born in Harrisburg on July 29, 1949 to the late Jesse Wallace Bryant and Barbara (Beal) Bryant.  He married the love of his life, Wanda (Morris) Bryant on December 20, 1996.

Jesse served his country honorably in the US Army serving for 3 years and was involved in combat in Vietnam.  He worked for R.G. Berry Trucking for almost 20 years before retiring.  Jesse was a member of the Ridgway American Legion and VFW.  He loved the outdoors but his real passion was motorcycles and fast cars. He had a contagious smile, a kind soul and will be missed.

Jesse is survived by his loving wife, Wanda of Ridgway, a son, Dennis Welch of Florida, and a daughter, Jessica Bryant of Indiana. 5 Grandchildren, Brianna, Brittany and Dennis Welch.  Chelsi (Cheeseburger Buddy) and Autumn Rose.  He was preceded also by a brother, Mike Bryant

Services are private with a memorial service to be conducted at a later date.

To order memorial trees or send flowers to the family in memory of Jesse Bryant, please visit our flower store.