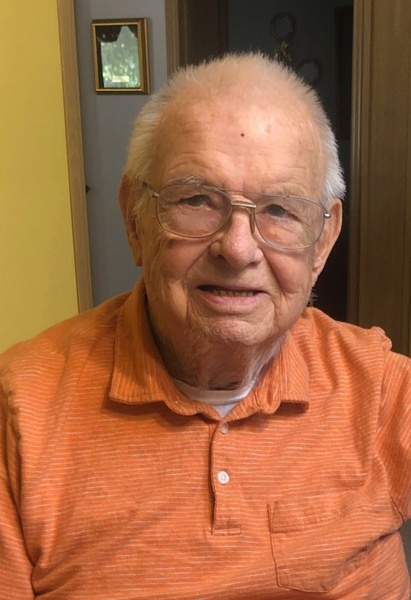 As a young boy he learned to farm with his Dad and Grandpa Medlin who had a great influence in his life.  John joined the army March 24, 1953 and was honorably discharged March 31, 1955.  John married the love of his life, Wilma (McGhee) Adams on September 23, 1955 and had two daughters, Terry and Tammy.  John worked for General Motors for 35 years where he served as a Committeeman for Skilled Trades and was one of 7 members elected to the Shop Committee where he represented the United Auto Workers in contract negotiations.   While at GM he made lifelong friends that kept in touch throughout the years.  Upon retirement John and Wilma relocated back to New Haven where John was elected for two terms as Township Supervisor of Gallatin County.  Upon the birth of their 4th granddaughter, John and Wilma moved to Bourbonnais to be closer to their children and grandchildren.  While in Bourbonnais, John worked part-time at the BP Amoco working the full-service gas lane.  As the winters got colder, he decided to look for part-time indoor work and started working at Kroger where he loved socializing with the customers.

John enjoyed spending time with his family and pets, repairing things around the house, spending time outside, and caring for Wilma.  He was a wonderful and loving husband, brother, father, grandfather, and great grandfather, uncle and friend.

A grave side ceremony will be held at Union Ridge Cemetery near New Haven, Illinois at a later date.

Cox & Son Funeral Home is entrusted with the arrangements where you can also send a note of comfort to the family at www.coxandson.com

To order memorial trees or send flowers to the family in memory of John Adams, please visit our flower store.